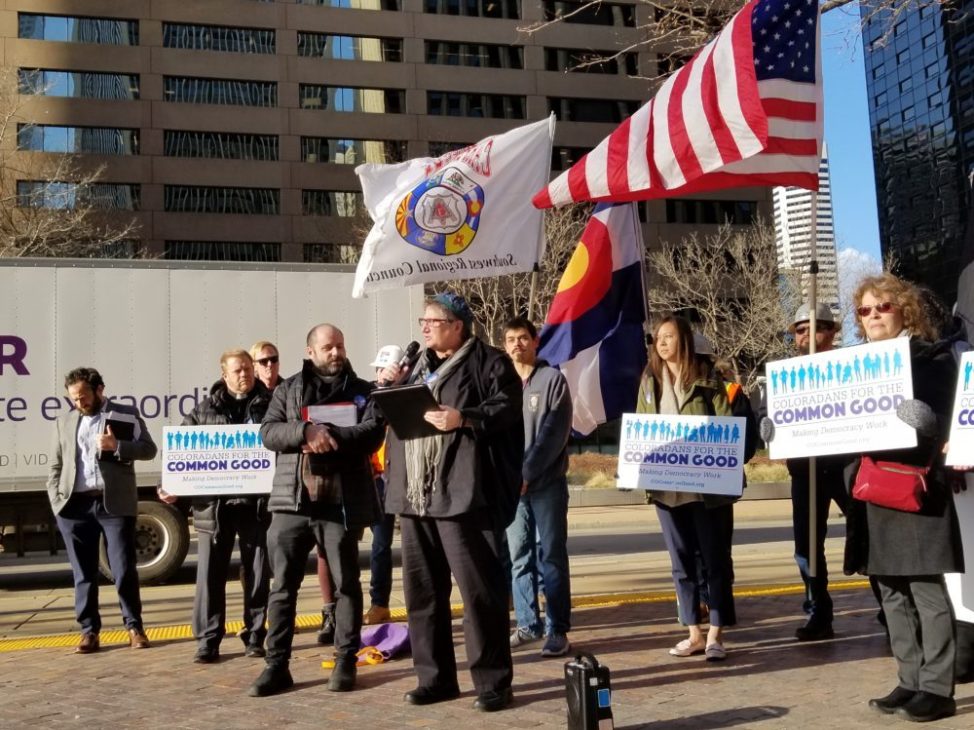 At the only public hearing the Colorado Department of Labor and Employment held on its proposal to expand overtime protections, many were supportive, but wanted the proposal to go further.

Workers and advocates packed a downtown Denver meeting room to urge the Colorado Department of Labor and Employment to more quickly implement its proposed expansion of overtime protections and to include agricultural workers among those eligible.

Dozens of workers from the Colorado Carpenters’ Union, marijuana industry and construction joined workers’ advocates and community representatives in front of a panel of CDLE officials at a public hearing on the department’s proposal to overhaul overtime standards and break requirements. The Colorado Overtime and Minimum Pay Standards Order, also known as the COMPS Order, would raise the salary cutoff for overtime pay and expand the workers covered by overtime and work-break standards.

To the dismay of some of the advocates, including representatives from Coloradans for the Common Good, a non-partisan advocacy organization, the new protections do not include agricultural workers who are exempt from federal minimum wage requirements under the Fair Labor Standards Act. Reagan Humber, a Lutheran pastor and member of CCG, said he and other members of CCG fasted the entire day to bring awareness to the need of agricultural workers to be included in work protections.

“The laborers are not getting paid, not all of them, especially thousands of farm workers here in Colorado,” he said. Many don’t receive the minimum wage, or get enough rest during the work day, let alone overtime pay.”

The COMPS Order does include one new provision that might help the thousands of agricultural workers in Colorado: a requirement for a 10-minute break for every four hours of work. The break requirement in the proposal extends to all industries, not just agriculture.

Chad Vorthmann, a representative of the Colorado Agriculture Council, said the council supports the proposal. But he also said policy proposals should avoid “burdensome regulations” and keep in mind that the agricultural industry has small profit margins.

Greg Happner, a former warehouse worker in the marijuana industry, said before the panel he was “taken advantage of” by his former employer. He said the 60 to 70 hours per week he worked as a salaried employee, with no overtime, made him miss out on family time, personal time and affected his health.

“I still know a lot of people being taken advantage of like that just from those warehouses… who are all on salary, all being underpaid, all being well overworked,” he said.

The new overtime rule would ensure that workers who are sacrificing family and personal time at least get compensated for it, Happner said.

One of the major changes of the COMPS Order proposal is extending overtime protections to every industry, unless it is specifically exempted. Federal overtime law requires that employers pay one-and-a-half times a worker’s wage if that employee works more than 40 hours per week or 12 hours in a day. In Colorado, currently, overtime protections only apply to workers in four specific industries: retail and service, health and medical, customer support and food and beverage. Some of the workers that would be exempted by the proposal include professionals such as lawyers and doctors, executives, administrators and supervisors, as long as they are paid a “sufficient salary”, according to a CDLE fact sheet on the proposal.

The second major function of the proposal defines what that “sufficient salary” should be for exempt workers. Without the COMPS proposal, beginning in 2020, the federal salary maximum will be $35,568 per year for a worker to be disqualified from overtime. But, because federal law allows states to set a higher cutoff, the COMPS Order proposes to raise the salary cutoff to $42,500 beginning in 2020.  The standard would then increase by $3,000 every year, starting in 2021, until it reaches $57,500 in 2026. After that, the cutoff would be tied to the Consumer Price Index.

That six-year phase in and salary cutoff was another point of contention at the hearing. State Rep. Emily Sirota (D-Denver) said she supports the expanded protections in the COMPS Order, but urges a four-year phase-in so the cutoff would be $57,500 by 2023.

Others echoed Sirota’s call for a quicker phase-in of four years, and Marilyn Winokur, also with Coloradans for the Common Good, recommended raising the salary cutoff to $62,000.

Several lawyers representing both employees and employers also spoke at the hearing, recommending clarification on some of the wording of the proposal and changes to some finer details. The transcript of the hearing will be posted on the COMPS Order rulemaking page.